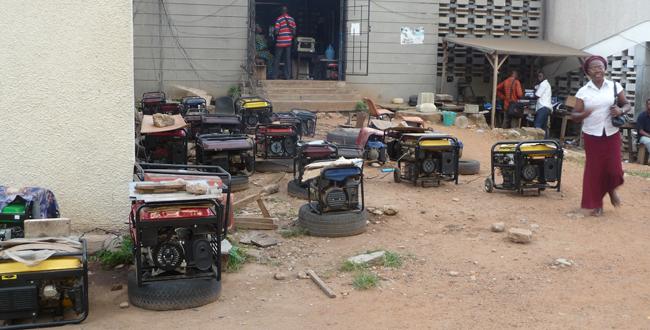 Nigeria is no doubt a big country with over 170 million people. Moreso, the country’s population is growing at 3% per annum and is projected to be the 3rd most populous nation in the world behind India and China with 500 million people by the year 2050. However, with an already massive population of over 170 million people as it is today, the country is still grappling with providing electricity to its people. Millions of Nigerians return home in the evening after work only to be greeted with darkness as soon as they set foot into their apartments.
What often follows next has been the everyday occurrence for decades past. They simply walk to their generators, top it with some petrol if there is none, pull the starting mechanism, head into their homes to change the power switch from PHCN (the Grid) to their generators. As a matter of fact, most young adults in their 20s and 30s today have never know what it is to have power uninterrupted in a 24 hour period. This is the urban scenario, the villages and rural case is far worse and its better we don’t even talk about it.

With this monstrous energy challenge, there is the need for a radical, quick and sustainable energy solution which only renewables can solve. Being a tropical country with lots of sunlight almost all year round, it makes the choice of Solar Energy as one of the corner-stones of renewables come to the rescue.Being in a precarious situation but with good sunshine and landmass, it is staggering to note that 0.5% of the landmass of Nigeria can generate over 750,000 MW of power which is like 4 times what the country currently needs to generate for its populace.As much as this is nice to know in theory, it becomes necessary for Nigerians to follow their telecommunication model which has literally put a mobile phone in the hands of almost all the adult population. With this model, Nigerians can leap frog their failing grid which is unable to provide even enough energy to power Heathrow Airport and become self-sufficient and at par with developed countries.
With Solar energy installed in every building and home, Nigerians can enjoy uninterrupted power in the shortest possible time without having to wait for 3 years for a power plant somewhere to come online – That’s if it even happens. Once this happens, it will instantly make way for industries and manufacturing companies to utilize the energy generated from Power plants at a cost far cheaper than their current cost of power via diesel generators enabling them to bring down their overall product costs, which leads to their products being more competitive, leading to more employment and ultimately more purchasing power and more taxes for the government.
Indeed, it is a win-win situation for the country as this will boost Foreign Direct investment into the country and make it a heaven for investment globally. To Nigerians, it is not a question of choice to go Solar today but a matter of urgency and necessity.