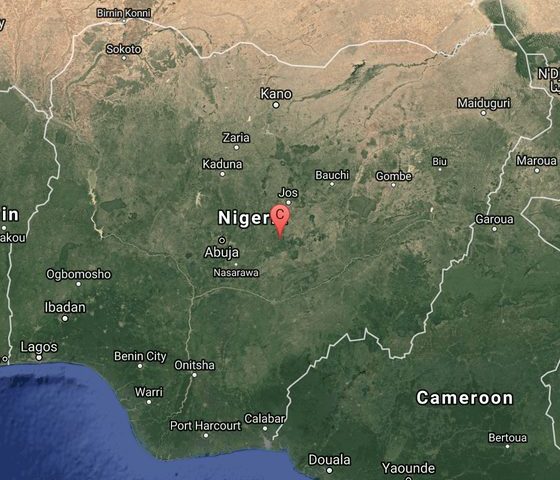 Introduction Energy is fundamental to human activities. Every human depends on various forms of energy to go about their daily activities. From potential energy stored in the food (which is converted to kinetic energy during respiration), to the electrical energy used for charging our devices. Energy is the ability to do work. As the popular saying goes, energy cannot be created or destroyed, it can only be transformed from one form to another. Conventional electricity supplied domestically and commercially has undergone various energy conversions in the power station. Like most energy sources used, it all originates from the sun, the ultimate source of energy.

One advantage of generating electricity from solar panels over fossil fuels and even nuclear is that solar energy is converted directly to electrical energy. The figure above illustrates that all renewable resources with the exception of geothermal and biomass bypasses all energy conversion processes. This reduces energy losses. 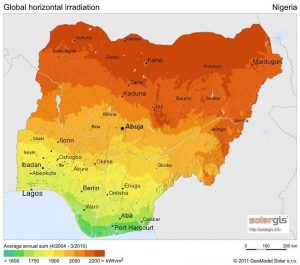 Analysts have projected that about 50,000MW is required to adequately light up Nigeria. As at July 2016, the total installed capacity in Nigeria (population of 187 million) was 12,522MW. This is undoubtedly a far cry from the projected power requirement that is expected to sustain the nation. Countries like Kenya, South Africa and Tanzania with smaller population have considerable greater installed capacity.

“NIMET’s info sheet in 2015 shows that Nigeria is endowed with an annual daily sunshine that is averagely 6.25 hours, which is ranging between about 3.5 hours at the coastal areas of the northern boundary of the nations and also has an annual average daily solar radiation of about 3.5 KWm2/day in the coastal area which is in the southern part and 7.0 KWm2/ day at the northern boundary”.

Nigeria receives about approximately 5mWh of energy from the sun. This is about 4000times the crude oil production in a day and about 13000 times natural gas production, yet 70% of Nigerians don’t have access to electricity. The good news is every Nigerian has unlimited access to sunlight, therefore Nigeria has no excuse not to be leading the renewable energy alternatives in Africa. 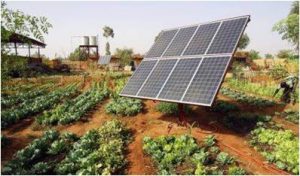 Despite all this potential, Nigeria is still lagging in the solar sector and even the renewable industry as a whole. The reasons are not farfetched. The majority of the public and government have a very cynical attitude to solar and favour gas flaring to harnessing. Hopefully, this will change in the nearby future.

Solar energy is expensive. Half of the population cannot afford it. This is because the technology is still in its nascent stage. There is still lack of knowledge, lack of trust, perceived unaffordability among many other reasons. Furthermore, the technologies for harnessing solar energy are still in the ‘R & D’ stage in Nigeria and most components have to be imported into the country. This is due to lack of a decent manufacture industry (which is partly due to absence of uninterrupted power supply). These risks will cause investors to request for greater returns which will serve to draw prices up even more. In addition, there is virtually no comprehensive and executable energy policy in Nigeria, to protect investors and incentivize the few eager Nigerians to go solar. 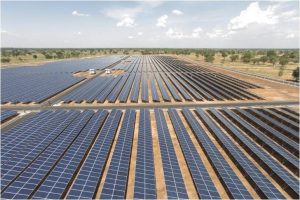 Despite the weaknesses in the Nigerian solar industry, it has experienced commendable changes. In recent years, a 5MW Lagos Solar Project has been put into place, and a further 24KW off-grid solar project located in Kaduna State.

“Some of the current projects include; Nigeria Solar Capital Partners’ 135MW plant in Bauchi State valued at $200 million; the Pan Africa Solar project for the development of a 75MW solar photovoltaic power project located in Katsina State valued at $146 million; the Nova Scotia power project worth $150 million being undertaken by CDIL for the development of a 80MW plant in Jigawa State estimated to provide power to more than 200,000 homes; and the 382.8KW Solar PV plant hybrid technology being built by General Electric in Kaduna State”.

With the level of solar radiation and vast land area across the country, Nigeria can support a huge deployment of solar power infrastructure designed for regional power distribution. In fact, the size of the area currently occupied by the insurgents in Borno State can supply sufficient power required to power the whole of Nigeria if well harnessed. It’s also noteworthy that 1% of Nigeria’s land area is able to power the whole of Nigeria with solar panels which have 5% efficiency.

The benefits are numerous. The use of solar is clean, renewable and sustainable and will never run out. Solar panels possess flexibility and can be used anywhere, domestically, commercially, on or off grid. This cannot be said about fossil fuels, nuclear or even other renewable energy sources. It also has security of supply unlike fossil fuels which are negotiated on the international market and subject to international competitions which sometimes even results in wars and shortages. Solar panels require less maintenance unlike traditional power plants. It will also create more jobs in the country which is a requisite in Nigeria. For instance, if newly operational solar farms generate 56 GW of new electricity, this will create about 20 000 jobs. 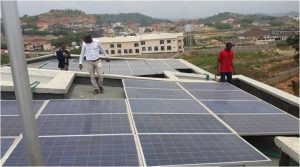 Fossil fuels contribute to air and water pollution. In fact, they have been linked to health issues such as respiratory problem, cancer and neurological damage etc, as a result of the poisonous fumes they emit. The use of solar energy will promote public health and well-being, since it has no emissions and water pollution associated to it.

Solar energy is capital intensive, but it is also an area worth investing in to meet the needs of a developing country such as Nigeria. This can be achieved by dedicating a percentage of budget, as a government, company, school or even household towards going solar in the future

To accelerate the solar adoption process the Nigerian government has partnered with the UK government to develop solar energy in the country. “The aim of this partnership is to shorten the time required for universal electricity delivery, by involving various arms of the government in Nigeria. This will bring economic benefits to many regional areas, because most of the projects will be located away from the urban centres which will help generate revenue and development in the local communities”.

In order to provide solar energy as an alternative source of energy in Nigeria, flexible and executable policies relating to renewable energy and not just energy as a whole, should be put into place by the government. A major problem is affordability. The government and private suppliers of solar should invest much in ensuring that solar is affordable to everyone. There should be various categories of solar energy to cater for the needs of every Nigerian, from the lower class to the affluent. The public also needs to be educated on the value of going solar. Only then can we begin to see positive changes in the power sector of Nigeria