Words of Inspiration from the Founder…II 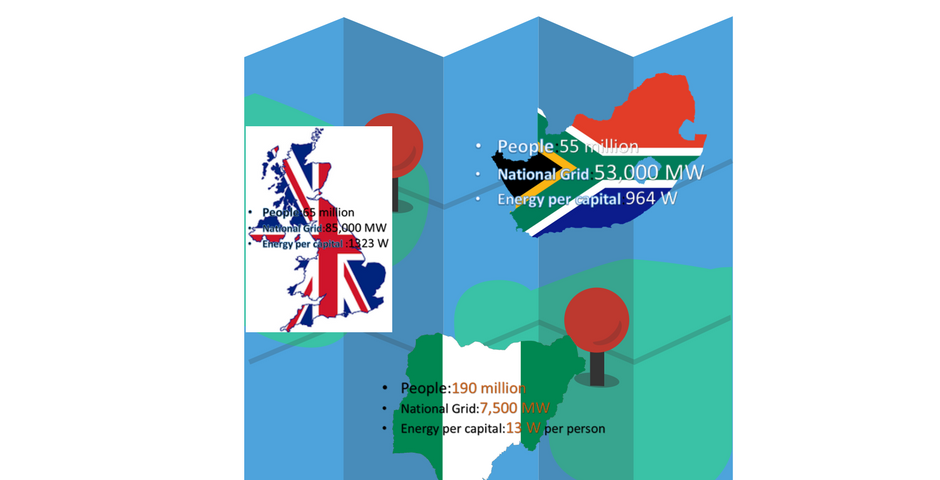 A country with a growing population requires more resource to sustain its workforce.

Food,Clothing,Shelter,as well as Energy is needed to keep the citizens alive and productive.

According to a study conducted by ARM(Reasearch) on Nigeria’s(a country with a growing population)economy,the level of productivity is declining despite an increase in GDP.This is happening as a result of lack in resource – Energy being one of them.

What it spells out for the country is that as time goes by with the population increasing,productivity level decreases. Thus leading to inefficiency  in output of goods and services.

If such a situation is not addressed in time,it could lead to compounded economic and social problems.

For example if power is not constant or even enough for the baker to bake his bread properly,he tends to take it out on the end-user(customers).His price would increase while the quality of bread(flour) will reduce.This drastic measures he is likely to take because he is trying to cut costs.

To battle this inadequacy some countries have decided to seek alternative forms of energy.Renewable energy(of which solar is one) is ‘trending’ in industrialised nations even though their population growth rate is lower.Third-world countries are still trying to find their feet in that respect which brings about the question’Which way forward?’

However,their is ‘ silver lining at the end of the tunnel’.Greater awareness is being made towards addressing this situation internationally.And more capable hands and flocking to the energy sector to contribute their own quota.

It is hoped that such efforts will bring out the change in the sector we all desire.