WHICH IS CHEAPER-GENERATOR OR SOLAR? I 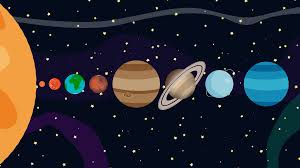 Our Solar System is made up of the Sun and the objects that orbit it, either directly or indirectly and is  gravitationally bound.

It consists of a central star, the Sun, and all of the smaller celestial bodies that continuously travel around it. The smaller bodies include eight planets: Mercury, Venus, Earth, Mars, Jupiter, Saturn, Uranus, and Neptune, which are themselves orbited by more than 140 moons. (Only Mercury and Venus have no moons.) In addition, the solar system contains millions of rocky asteroids and billions of icy comets. All of these objects are held together in a group by the Sun’s gravity.

How was it formed? 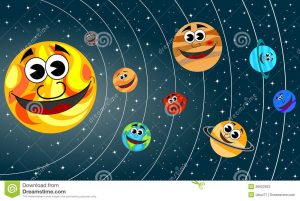 The planets, asteroids and comets in the solar system are loose objects left over from the formation of the Sun. Originally the gas and dust that would become the Sun was the core of a cloud much larger than the solar system, probably several light-years across. (One light-year is equal to approximately 6,000,000,000,000 miles.) The core was slowly rotating at first, but as it collapsed it spun faster, like a spinning ice-skater pulling in his arms. The rotation prevented the material at the core’s equator from collapsing as fast as material at the poles, so the core became a spinning disk.

Gas and dust in the disc spiraled gradually in to the center, where it accumulated to form the Sun. But because dust is denser than gas, some of the dust settled to the mid-plane of the disc. These dust particles stuck together to make clumps, then clumps stuck together to make rocks, then rocks collided to make planets. In the case of the “gas giant” planets, Jupiter, Saturn, Uranus and Neptune, the rocky cores were massive enough to also attract some of the gas. The outer layers of these planets are made up of hydrogen and other gases.

How old is it?

It is about 4.6 billion years old.

How big is it? 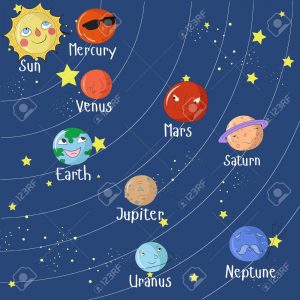 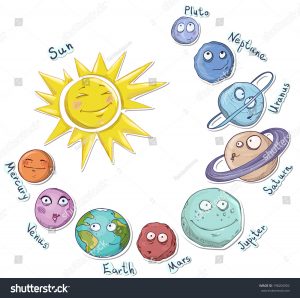 How many planets are there ?

Our solar system officially has eight planets and one star: the Sun. In order (excluding the sun),the planets are: Mercury, Venus, Earth, Mars, Jupiter, Saturn, Uranus, and Neptune.

Are there differences among the planets in within it? 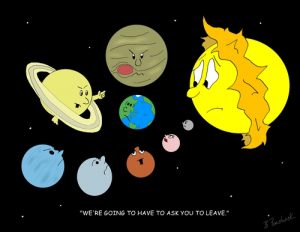 Planets come in different sizes, compositions and colors. The four planets closer to the Sun are called “rocky” planets. They are small in size and similar to Earth in composition. They have no rings and only two of them (Earth and Mars) have moons.

The four outer planets, also called “gas giants,” are much larger than the rocky planets. They all have rings and have many moons. The gas giants are made up mostly of hydrogen, helium, frozen water, ammonia, methane and carbon monoxide.

More importantly, our solar system houses our home (Earth) and the Sun that provides us with solar energy-which is converted to provide electricity for use.

So when next you feel the sun on your skin or use solar energy to power your device, always remember the value of our solar system and appreciate this wonderful creation from above.