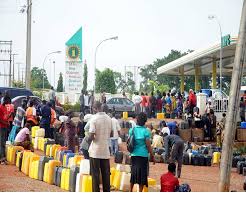 It is not only risky but dangerous to make wrong decisions.The popular phrase “How you Make your bed is the way you lie on it’ is a true and practical statement. 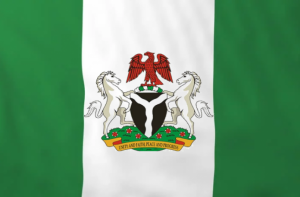 Over the past few days(now running into weeks),Nigerians have been groaning in pain due to scarcity of fuel products(petrol,diesel and kerosene).Petrol (or Filling) Stations have been seen with long queues of motorists.Confrontations between fuel sales attendants and consumers is a rampant scenario.Sometimes, you begin to wonder if Nigerians are subjected to some kind of charm or “juju” that influences them to make the same mistake over and over again.

For God’s sake,this is a country that produces crude oil and even sell overseas and yet it barely has enough for its citizens at home.The situation can be likened to a food seller who owns a big shop and has a lot of customers but gets a lot of hunger cries from her own children.That’s an irony.A big one for that matter – which is a direct result of our over-dependence on fossil-fuel (or crude oil).

Unfortunately,the situation is already threatening the merry-making and happy mood that comes with this season.Passenger wanting to travel are left stranded at bus-parks and filling stations.Generator users and local supply stations(NEPA) are experiencing severe “black outs” due to the situation on ground.Really,what could we have done better or could we do better?As for the former,the current situation here is a lesson for all of us to learn.And for the latter,there is still some hope…

As we all know,’he that runs to the end towards the finish line of a race is the one that wins the race.Despite all the challenges,Plan B or an alternative in any decision can make up for the lapses of the initial plan.Right now, the fuel situation can be described as ‘being caught between the devil and the deep blue sea’.We have an option to either continue depending on depletable fuel for electricity/power generation or seek a renewable alternative.’Trending’ at the moment for renewables are Solar,Wind and Hydro with Solar being the most developed and accessible of the three.

It is our prayer and wish not be a live example of the proverbial case of ‘Penny wise, pound foolish’.
A word they say, is enough for the wise. Have a merry-filled xmas and a happy new year in advance.