How To Monitor And Keep Track Of Your Solar Savings 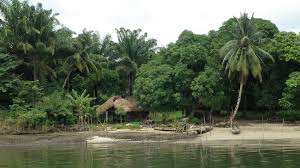 Solar power is the the converted or utilized potential of solar energy.And solar energy is gotten from the sun in whatever shade or degree of radiation.Essentially,solar has known to work even in cold regions with very few hours of sunlight. However,the only fact to note is that there will be a variation of charge gotten from the different climates and regions.But in studying the Nigerian conditions,we will look at the vegetation, climatic condition(because they determine the heat level) and level of sunshine.

Nigeria has a climate that is tropical and semi-arid in the far north. However there are wide climatic variations in different regions of the country. Near the coast temperatures average 32 degrees Celsius with high humidity.There are two different seasons though. A wet season from April to October, with lower monthly temperatures and the wettest month being June. Also a dry season from November to March, with midday temperatures that rise above 38° Celsius (100° Fahrenheit) but relatively cool nights, dropping as low as 12° Celsius (54° Fahrenheit).

Nigeria has two broad belts of vegetation types, namely, the forest and savannah types. There is, however, also the mountain vegetation of the isolated high plateau regions in the central and far eastern parts of the country.

However,lets look at the makeup of the different geographical regions and the level sunlight as well.

1.Forests: Forests are vegetation types or plant formations in which trees are the dominant species. Nigeria has a heavily forested coastal south where humid tropical conditions favour tree growth. Three forest zones can be sub-divided, from the coast inland, viz:

Saline Water Swamp: This vegetation type is restricted to the coastal strip, which varies in width from less than 1.5km in the Badagry and Lekki peninsula areas to overSOkm in the Sapele area.

Freshwater Swamp Forest: This vegetation belt, on freshwater wetlands, occurs further inland beyond the reach of tidal waters. Here, there is an enormous supply of freshwater from the inland rivers and run-off from abundant rainfall in the area.

The Tropical Evergreen Rainforest: This is a belt of tall trees with dense undergrowth of shorter species dominated by climbing plants. The dominant species of the climbing plants is the lianas which are clustered and entangled in nature, making accessibility and exploitation of big trees very difficult.

2.Savannah: The word  means a grassland area with no forest shade or cover. It has its an extensive belt over the high interior plateau of the African continent. Hence, the term savannah is used to describe areas within the tropics under grass or grass with scanty trees. This Savannah vegetation  consists of three major belts, from south to north, namely:

a.Guinea Savannah: It is located in the middle of the country, is the most extensive vegetation belt in Nigeria. It is found in Ondo, Edo, Anambra and Enugu States in the south, and  Zaria(Kaduna State in the North). It is a belt of mixture of trees and tall grasses in the south, with shorter grasses and less trees in the north.

b.Sudan Savannah: It is found in the north-west stretching from the Sokoto plains in the west, through the northern sections of the central highland . It is characterised by abundant short grasses of 1.5-2m and few stunted trees hardly above 15m.It is by far the most densely human populated zone of northern Nigeria.

c.Sahel Savannah: It is the last vegetational belt to the north of Nigeria  and near the Sahara desert. It is located in the extreme north-eastern part of the country, close to Lake Chad, where the dry season lasts for up to 9 months and the total annual rainfall is hardly up to 700mm. It is characterised by very short grasses of not more than one metre high located in-between sand dunes..

The Mountain Vegetation of Isolated Plateaus:

It is located in the  plateaus of the central and eastern part of Nigeria and includes the Jos plateau-which is one of the highest points in Nigeria.It is in a grassland zone, but its vegetation depicts grassland at the top and base of the Plateau, while the slopes, favoured by moisture-laden wind, are covered by forests.

Having looked at the vegetation and various climatic conditions of the country,lets look at the sunshine level and daylight hours a city from each of the major geographical&vegetational regions.

At midday the sun is on average 74.6° above the horizon.

At midday the sun is on average 74° above the horizon.

At midday the sun is on average 74.3° above the horizon.

At midday the sun is on average 74.6° above the horizon.

At midday the sun is on average 74.8° above the horizon .

For information on different solar home systems,with their panels and what they can power,click here.