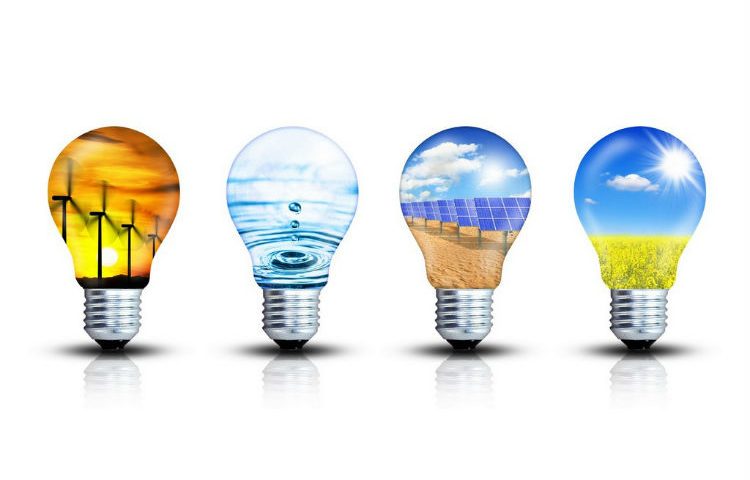 Renewable energy is energy collected from renewable resources that is naturally replenished (or renewed) such as sunlight, wind, water, geothermal heat e.t.c.

A major challenge with many forms of renewable energy is that they depend on natural situations such as wind, water supply, and sufficient sunlight – which can impose limitations.

But recently, an advantage of them over traditional sources as oil and natural gas is that they are relatively cheaper.

We are going to analyse six major renewable energy sources. They are:

This is one of the cheapest alternative fuel sources available.

It has been used for milleniums to push sails, power windmills, or to generate pressure for water pumps. When compared to other forms of renewable energy,it is  reliable and steady.This is due to its consistency year in year out,and it barely diminishes during peak hours of demand.

However, two major challenges to this source is that:

The sun has been around for billions of years and will continue to be a constant source of energy. The technology built to capture this energy are solar home systems which comprises of photovoltaic panels, solar collectors and thin-film solar sheeting. The solar cells turn sunlight into electricity and as such,you may not really need a generator. It is a clean and non-polluting .

They a relatively inexpensive source of energy – in contrast to grid power that is  expensive, and in short supply.Also, increased solar cell efficiency and cheaper costs are making it favourable as a better alternative when compared with conventional sources of power (i.e. fossil fuels and coal).

However, solar power is also being increasingly used in grid-connected situations as a way to feed low-carbon energy into the grid.

It involves the use of plant matter and animal waste to produce electricity. It is created by burning decaying organic material such as wood, oilseed rape e.t.c. Very cheap and easy to generate, but in some cases adds to pollution levels in the environment.

Unlike fossil fuels which are produced by geological processes, biofuels are produced through biological processes  such as agriculture and anaerobic digestion. Fuels that are manufactured with this process are bioethanol -which is created by fermenting carbohydrates gotten from sugar or starch crops (such as corn, sugarcane, or sweet sorghum) to create alcohol.

it is a low-carbon source of energy If converted properly and will have less environmental pollution.

However,there are some of the challenges with it.

a. It is still relatively new and such remains expensive unlike the others.

b. It could pollute the environment if not properly done

Geothermal Energy involves the use of heated water and steam from the ground to run thermal power stations that turn the steam into electricity.

The electricity derived is another form of alternative energy that is sustainable and very reliable. In this case, heat energy is derived from the ground through  magma conduits or hot springs  to spin turbines or heat buildings.

Some of the challenges with this energy source are:

a.Geothermal Plants are expensive to construct

b.Situation of the plants is limited to the most geothermally active areas

c.The fact that production is done in areas of volcanic activity sometimes makes this a potentially

d.The energy produced is diffuse and can only be  harnessed in few locations in a less expensive way.

This uses flowing water to move turbines which generate electricity.

It converts the movement of water in rivers or sea by building dams and forcing water through to power a turbine.

Much like windmills, tide mills have been used since the early times like of the Middle Ages.

The major challenge with hydro is that:

a.The Rivers used for it must be dammed, which inturn affects wildlife both in water and land

b.It inconviniences and obstruct fishing communities and there activities

c.Building the dams for the project are (at the moment) expensive

It remains controversial due to the risks involved, but as technology improves, this is an increasingly safe, reliable       and economically viable way to generate power.

Having stated the above, there are several advantages of using these sources over the traditional ones(oil, gas).Some of them are:

b.They are replenishable – i.e they will not diminish in supply or run out.

However, one of the most available form of renewable energy in Nigeria is Solar.