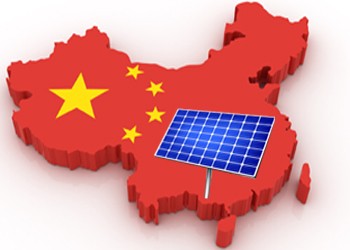 The popular saying that ‘there is unity in diversity’ has become a reality for one of Asia’s giants,-China.

With a population of over One billion,China has the largest economy in the world.And as well,the largest Solar industry on earth.

When did they reach this height in the Solar Industry?

In 2007,the Chinese national development commission drafted a plan to increase the country’s solar capacity to 1,800 by 2020.

By 2011,they had completed the hydro-power Golmud Solar Park – which was the largest solar farm at that time.The  golmud solar has a capacity of 200 MW ,adding to the total of 570 mw.

Some notable achievements by the government:

They are the first country to have solar water heating capacity in the world.

They are also a large producer of polysilicon, for use in first generation solar cells around the world.

What was there motivation?

China  went into solar production only as a source of electricity to help impoverished rural areas remote from its power grid. But the income realised from manufacturing solar for export(especially to Germany) became an attraction. So,they began hiring more solar experts to support local production and meet foreign demand.

Why the switch to solar?

China’s dependency on fossil fuels has long been decried as a heavy contributor to global carbon emissions. In 2016, estimates suggested that China was responsible for a third of the world’s total carbon emissions – having previously fueled its economic growth through heavy coal usage in industrial sectors.

What we can learn from their achievements:

1.They have harnessed the power of their size to boost the solar industry

2.Despite their diverse ethnicities,it didnt affect their national or unified goals.

3.They have stayed committed to their plans,gradually fulfilling them year after year.

For a country like Nigeria(the most populous black country in Africa and the world),this is a big lesson.