How Solar Paint on Houses can help Generate Electricity 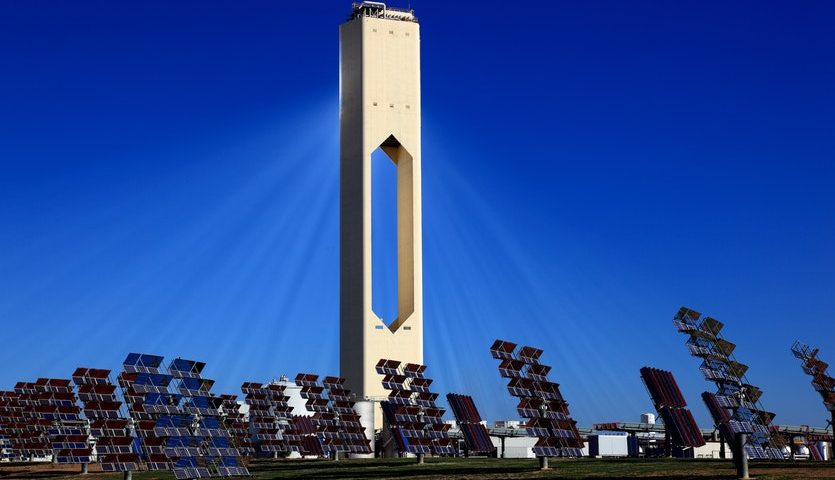 Solar power tower is a type of tower used to receive focused sunlight.Through the use of stationary mirrors(also known as heliostats ),the sun’s rays is directed towards it and trapped for conversion into energy.The energy generated is sufficient enough to supply electricity to large towns and cities.

Why the use of Heliostats and not Solar panels?

Actually heliostats are stationery mirrors on poles designed to reflect sunlight. They don’t absorb sunlight like solar panels and have no solar cells.They are reflectors though.

Because clusters of communities and townships have heavy needs for electricity,a solar tower is basically large enough to support local grid power supply due to the heavy amount of focused sunlight received.

During normal operations,tower temperatures are likely to reach 550 degrees centigrade.As a result of these,birds flying over them are instantly killed due to the excessive heat.

Also,for some of the towers that burn fossil fuel so that the they can reach their operating temperature,they emit greenhouse gas.

Aside the above issues,they are quite useful on a large scale.A lot of governments in the developing countries have bought into the idea of using them to support local power grid supply.