How to Conserve Money and Electricity through Energy Efficiency 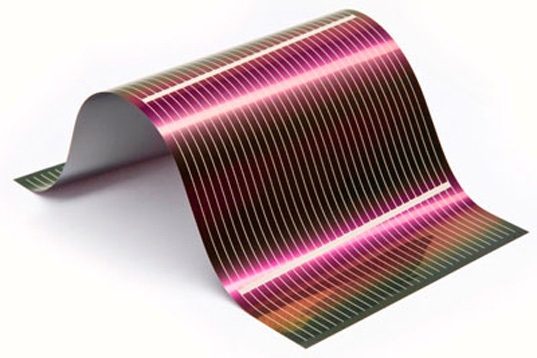 The process of how solar panels absorb sunlight and convert them into electricity is truly phenomenal.With the support of other composite devices(charge controllers,batteries and inverters),these panels – no doubt perform an amazing task.However,it would not have been possible without a special component – A Solar cell.

A Solar cell is a solid state device that converts sunlight energy into electrical energy through a photovoltaic effect. It is also known as photovoltaic cell or photo electric cell.

Thereare about 17 different types of solar cells.One of which is organic Solar cell.

What are Organic solar cells?

Its History and development So far

Organic solar cell research has developed during the past 30 years, but especially in the last decade it has attracted scientific and economic interest triggered by a rapid increase in power conversion efficiencies. This was achieved by the introduction of new materials, improved materials engineering, and more sophisticated device structures.

Today, solar power conversion efficiencies in excess of 3% have been accomplished with several device concepts. Though efficiencies of these thin-film organicdevices have not yet reached those of their inorganic counterparts, the perspective of cheap production (employing, e.g., roll-to-roll processes) drives the development of organic photovoltaic devices further in a dynamic way. The two competitive production techniques used today are either wet solution processing or dry thermal evaporation of the organic constituents. The field of organic solar cells profited well from the development of light-emitting diodes based on similar technologies, which have entered the market recently.

The Challenge at hand

The amount of energy that the Earth receives from the sun is enormous: 1.75 × 1017 W. As the world energy consumption in 2003 amounted to 4.4 × 1020 J, the Earth receives enough to fulfill the yearly world demand of energy in less than an hour. Not all of that energy reaches the Earth’s surface due to absorption and scattering.As a result, photovoltaic conversion of solar energy remains an important challenge.

Its economic importance and viability:

Organic materials bear the potential to develop a long-term technology that is economically viable for large-scale power generation based on environmentally safe materials with unlimited availability.

However,Solar cells based on thin polymer films (such as the organic ones)are particularly attractive because of their ease of processing, mechanical flexibility, and potential for low cost fabrication of large areas. Additionally, their material properties can be tailored by modifying their chemical makeup, resulting in greater customization than traditional solar cells allow.

However, there are other Solar cells (aside Organic) which wil be discussed in the next article…