How functional is Solar during the rainy season? 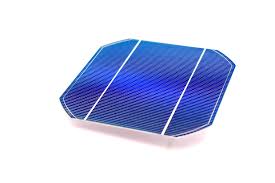 It is no doubt amazing how a Solar Home System provides electricity for a home or business to use.From the process of trapping sunlight via solar panels,to it being converted and transmitted via inverters into the house.An awesome process made possible by a special component – Solar cells

Sunlight is converted directly into electricity by each solar cell in the panels.

What are Solar cells?

How does it trap electricity?

When the sunlight strikes the cell, photons in the light knock some of the extra electrons loose from the silicon, and they flow to the part of the cell that is missing electrons. This flow produces an electrical current that eventually reaches the inverter, where it gets converted into usable electricity.

How are they embedded in a panel?

At the time a solar panel is manufactured, the PV cells are wired together in “series”. The output voltage of the panel depends on the number of cells in the series. Common nominal output voltages are 12, 18, and 24 volts DC. The output wattage is dependent on the efficiency of the cells and the size or area of each cell in the panel. The larger and more efficient the cells, the greater the wattage will be per square foot. Panels made using more efficient cells tend to be more expensive

When the installer assembles a PV system, an exact number of panels are wired in series strings to achieve the target voltage required by the inverter or other load.  Then groups of panel strings are often wired together in “parallel” in order to increase the wattage of the system. Once all these components are in place, the sun provides the energy and the system simply manufactures electricity!

Does placing Solar cells(as a component of panels) under a shade affect how they perform?

Shade, whether from taller buildings, trees, clouds or something else, is bad for power output. It obviously stops sunlight from reaching a solar cell.

In general, the amount of light striking a solar cell will vary during the day, even if there is no shade, simply because the angle of the sun relative to the cells is changing throughout the day (unless you have a tracker).

For more on info on Solar cells,click here