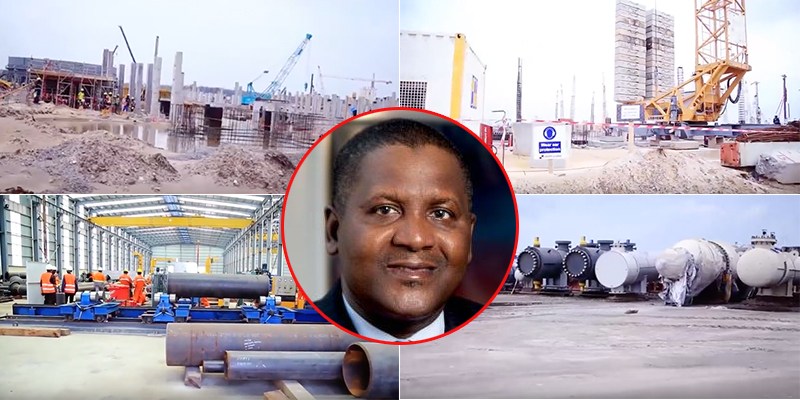 Aliyu Dangote (Africa’s richest man) has said its refinery will not sell petrol (premium motor spirit) at the federal government’s regulated price. He made the statement known during the visit of the CBN Governor (Godwin Emefiele) to the refinery.

He further stated that the price will be sold at export rate and that the responsibility of price determination rests squarely on the shoulders of the government. He suggested that the federal government should engage the refinery to assist with the fuel subsidy program – if it will still go further with it.

The refinery is 60% currently funded by Dangote’s equity , and the remaining 40% by debts from banks -including the C.B.N.

Currently, the country depends heavily on importation to meet its fuel consumption needs. But He promised that when the refinery resumes fully, that there will be mass increment of job opportunities to tackle employment