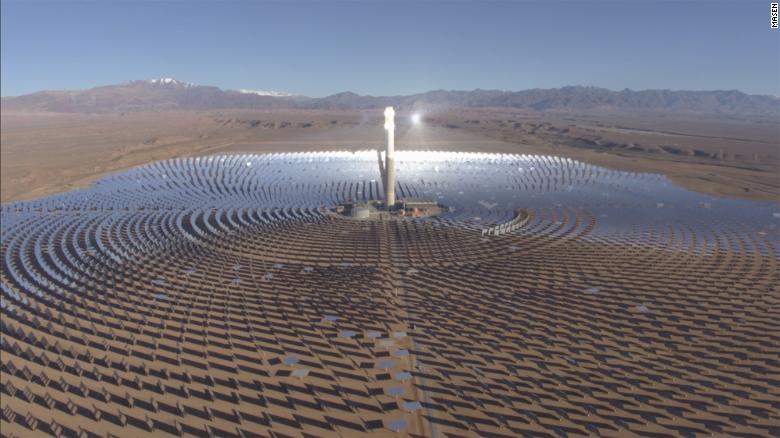 Wow! Morocco has made history as the first country in Africa and the World to own the largest concentrated   solar power plant! The plant is located in the desert town of Quarzazate , central morocco and is  also known as the Noor plant.

It is a 580 – megawatt capacity project designed to deliver electricity to over 1 million people when completed.

It has a 243 meter tower that houses molten salt which when melted, creates energy.

Just like other concentrating solar power plants, it uses mirrors to focus centrally the energy from the sun – which in-turn to drives   the engines that create electricity.

The first phase of the three-part project (Noor 1) currently delivers 160 MW of the total 580 MW capacity. This effort has reduced the country’s carbon emissions by at least 100,000 tonnes annually  since 2016 – and is in line with the country’s goal to ensure 42% of its power to come from renewable energy by 2020.

Morocco showed to all the other countries that “it’s possible, whatever your positions in the world…to succeed” – according to Youssef Stitou, a project manager and engineer with MASEN, Morocco’s renewable energy ministry.

Kudos to Morocco for the right move towards renewable power generation!