Photovoltaic panels that harvest sunlight are being used across the world — and even outside it — to generate clean electricity. Solar panels are most commonly found on rooftops and on large scale solar farms. However, given the widespread benefits of the technology it’s  unsurprising that it is being adopted for use in less common places. Here’s our list of top 5 unusual places where you can find solar. 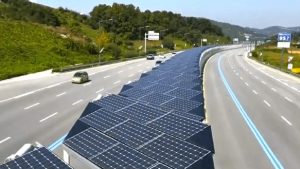 A ‘bike highway’ running between Daejon and Sejong in South Korea stretches for 20 miles (32 km), and it not only shields cyclists from the sun but also generates power at the same time. The road provides more than enough electricity to power the highway’s lighting system, as well as charging points for electric cars. 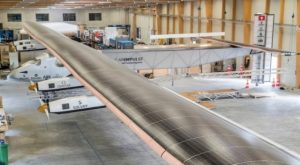 Covered with 17,000 solar cells on its wings, the Solar Impulse 2 is powered by solar energy. It weighs 2.3 tonnes which is about the same as a standard family car and also has the same wingspan as a Boeing 747 Jumbo Jet. It flew a massive 40,000 kilometres without fuel. The motive behind the project is to get people to understand the incredible potential of solar technology and to inspire them to adopt clean technologies in their lives.

The potential for Solar Energy is limitless as demonstrated by the highlighted projects. In the future, we should expect to see even more ways in which the technology is breaking barriers and engineering solutions to some of our biggest challenges.  Know about other interesting solar projects? Please drop a comment below.